Sri Lankan women, especially those living in non-urban areas, are still compelled to conform to traditional roles of wife, mother and home-maker. Very often, they are not encouraged to develop their skills or pursue employment opportunities that will enable upward social mobility. One of the key reasons for this is that many families don’t want their daughters and wives to leave home and travel outside the village for work.

This has pushed women, and organisations that support them, to think outside the box and create different types of opportunities, so that they can increase their income earning capacity and support their families better. Tourism is an industry that has the potential to create such opportunities for women – non-traditional opportunities that can help women to pursue financial independence and build capacity.

The story of Shamali Sanjaya, the first female surfer from the local community of Arugam Bay, is a great example of women creating opportunities where there traditionally have been none for them.

In 2010, not a single local woman was surfing in Arugam Bay, although the small town along Sri Lanka’s eastern coast is a world-famous surfing destination. Shamali came from a surfing family, her dad was a renowned surfer and her older brother is a surfing champion, having won many competitions. However, she was never encouraged or expected to take after her father and brother – surfing was not for girls.

Shamali was first invited to surf by Katie, an avid English surfer, who was dating Shamali’s cousin. “I resisted at first, but as she kept inviting me, I decided to join them. We went to the beach and when my cousin pushed me on to a wave, I didn’t think too much, I just stood on the board. It was an instinctive move, and I felt that this was something I was meant to do,” says Shamali. Encouraged by her first experience catching waves, Shamali continued to surf with Katie whenever she was able to.

“I was the only girl who was surfing in this area. When the other girls in the community saw me out on the water, they also wanted to give it a go. Initially, I had a lot of opposition from my family. They didn’t think that surfing was a suitable activity for women. So, I was compelled to surf in secret.”

A year later, in 2011, Californian Tiffany Carothers, her husband Cody and their two children arrived in Arugam Bay. Tiffany was volunteering with Surfing the Nations, a non-profit group that engages with local surf clubs and communities.

“Tiffany and I became good friends. She encouraged me to surf and now that I knew it was something I liked doing, I didn’t hesitate to join her. I lost my parents when I was seven years old, so at the time I was living with my older brother, younger sister and grandmother. My brother, who was the head of the family, was not very keen on me pursuing surfing, I guess he was worried about my safety, as well as about what the community would say about me being the only girl who was surfing,” says Shamali.

Adamant to keep surfing, Shamali would head out to secret points with Tiffany where they could be certain of privacy. Offering a twist in the tale, Shamali’s grandmother was very supportive of her surfing activities during this time, so she would share details of her progress with her grandma 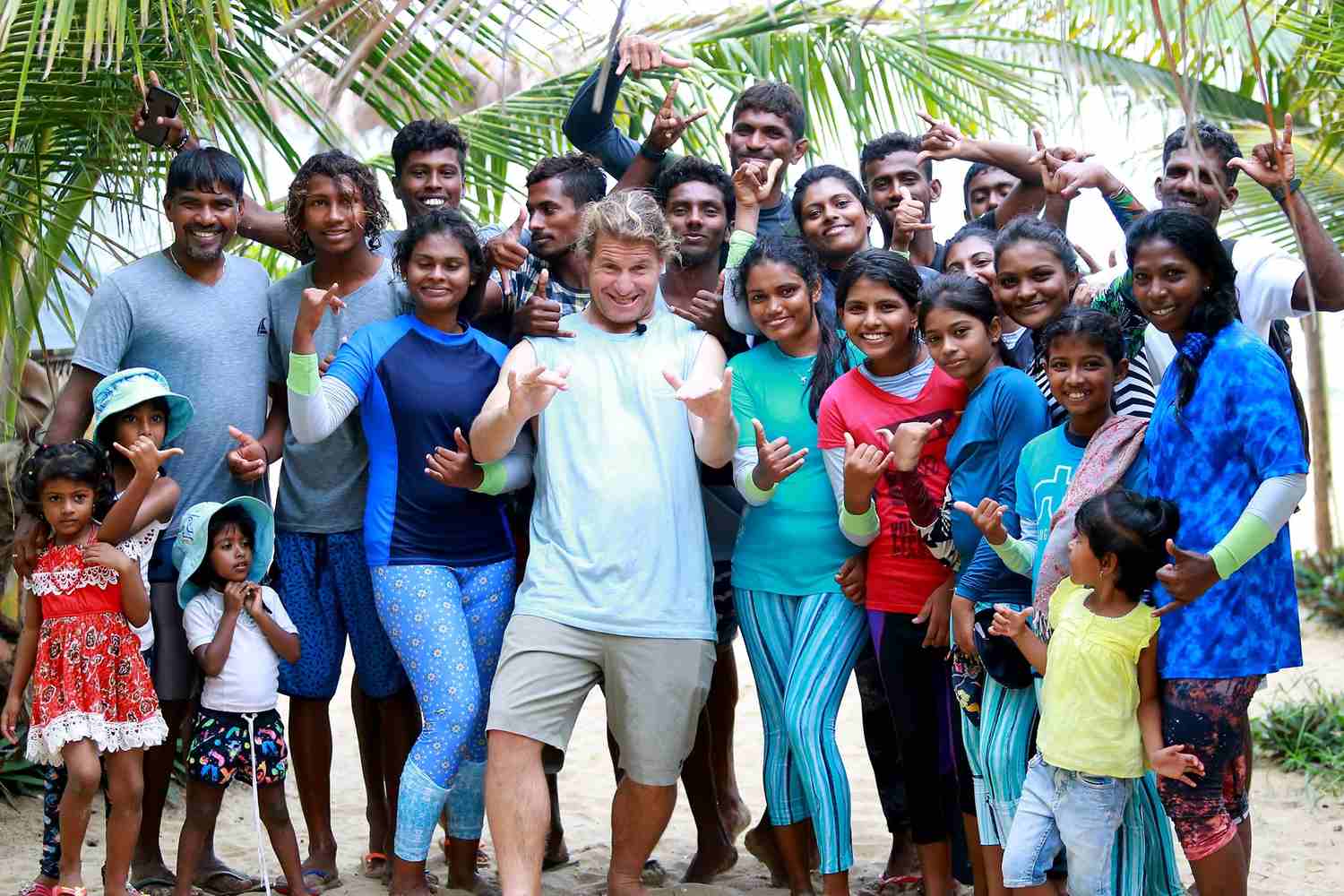 As great as it was to have more women taking to surfing, there were many challenges that had yet to be overcome. Objections and intimidation came forth from various parties concerned that women were being encouraged to participate in activities out of the home, to go against tradition and occupy a space that was considered only suited for men.

Understandably, a number of girls dropped out, fearing the fallout with their families and society. But some stood firm, unwilling to give into archaic thinking and lose something that was liberating and empowering. Shamali, Tiffany and the girls who dared to defy the naysayers continued to practice, travelling to surf spots that were further away, where they would not be watched.

In 2017, Shamali’s friend Martina arrived in Arugam Bay from Austria. She was working on a book about empowering women and wanted to talk to Shamali about her experiences about surfing and coping with the demands of family life. Martina asked Shamali to introduce her to more young women, to gather more stories for her project.

“When we went to my friends’ homes and Martina was asking them about their lives, many of them said that it would be great if we could have a club of our own. We wanted structure, a recognised presence in the community,” recalls Shamali.

In 2018, Martina, Tiffany and Amanda (another tourist who lived in the village), and the surfing women of the village made history by setting up the Arugam Bay Girls Surf Club – the first registered female surf club in Sri Lanka. The club is open to women in Arugam Bay, as well as surrounding areas. In addition to surfing, the members get involved in a number of community projects such as beach clean-ups, helping clean and maintain the local children’s nursery and temples. 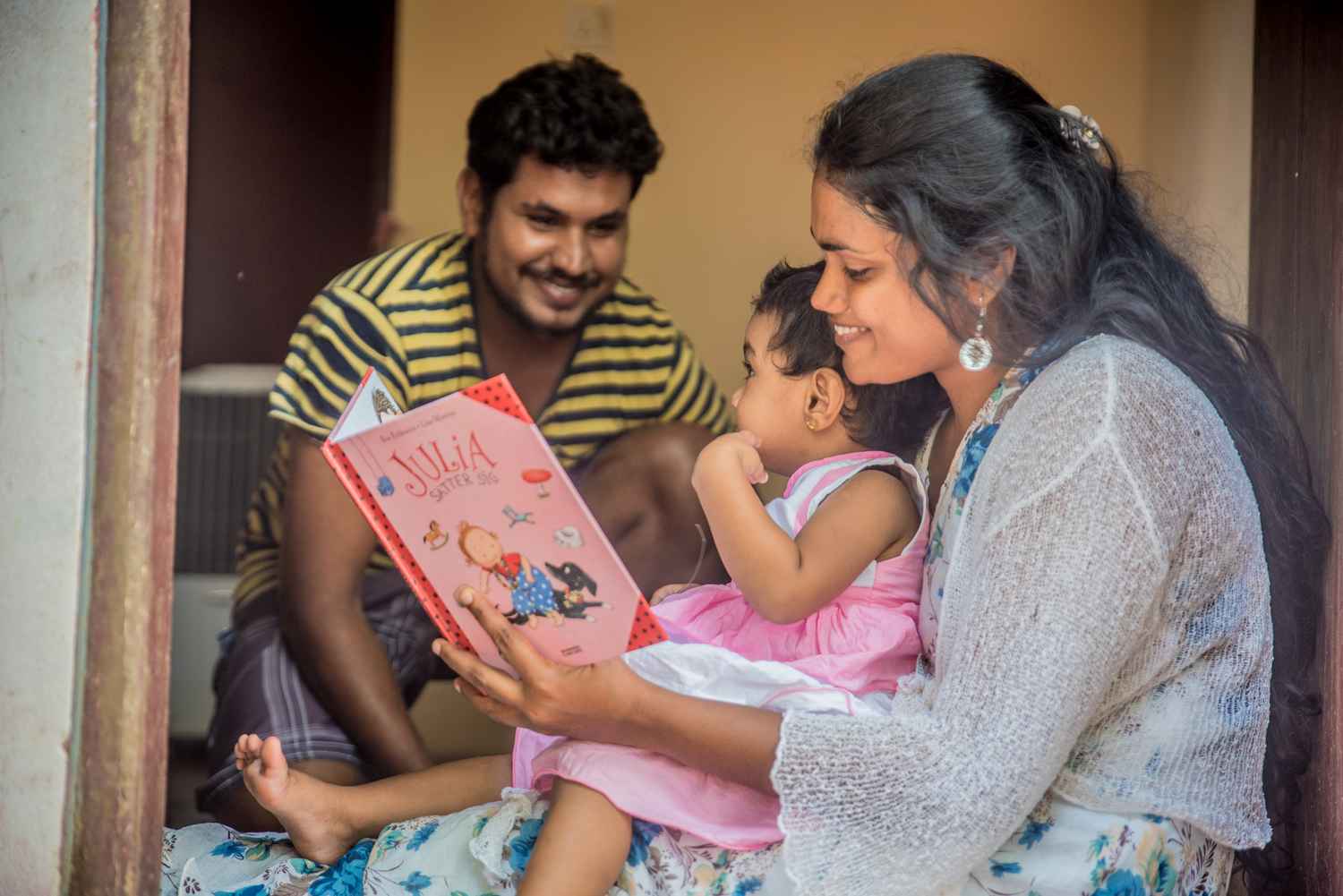 Shamali spending time with her family

About two years ago, Shamali began giving surfing lessons to female tourists, and she received great feedback and many compliments on her skills. She realised that there were plenty of female tourists who would much rather take lessons from another woman, and saw the potential for herself, as well as the other women in the Club to earn an income. Although Shamali was confident and bold enough to venture into an area that was dominated by men, not all the women in the Club had the skills or capacity to join her.

It was during this time that Skills for Inclusive Growth (S4IG), a program that supports skills training, job creation and business growth, reached out and invited the women in the Club to join a skills development program.

Speaking about the interaction with S4IG Shamali says, “S4IG came looking for us. Mr. Samsudeen from the organisation approached me and encouraged us to get involved in their skills development project. We refused, thinking that it would be difficult to take on the responsibility with our family commitments. But Mr. Samsudeen kept pushing us, telling us that the program would be flexible to suit our schedules and eventually, we agreed.”

“I am so glad that we didn’t turn away the opportunity from S4IG. The eight of us who participated in the program have now learnt many skills such as e-marketing, English, German, basic surfing and swimming. And these are skills that will help us immensely to offer surfing lessons to tourists and develop our Club further.” 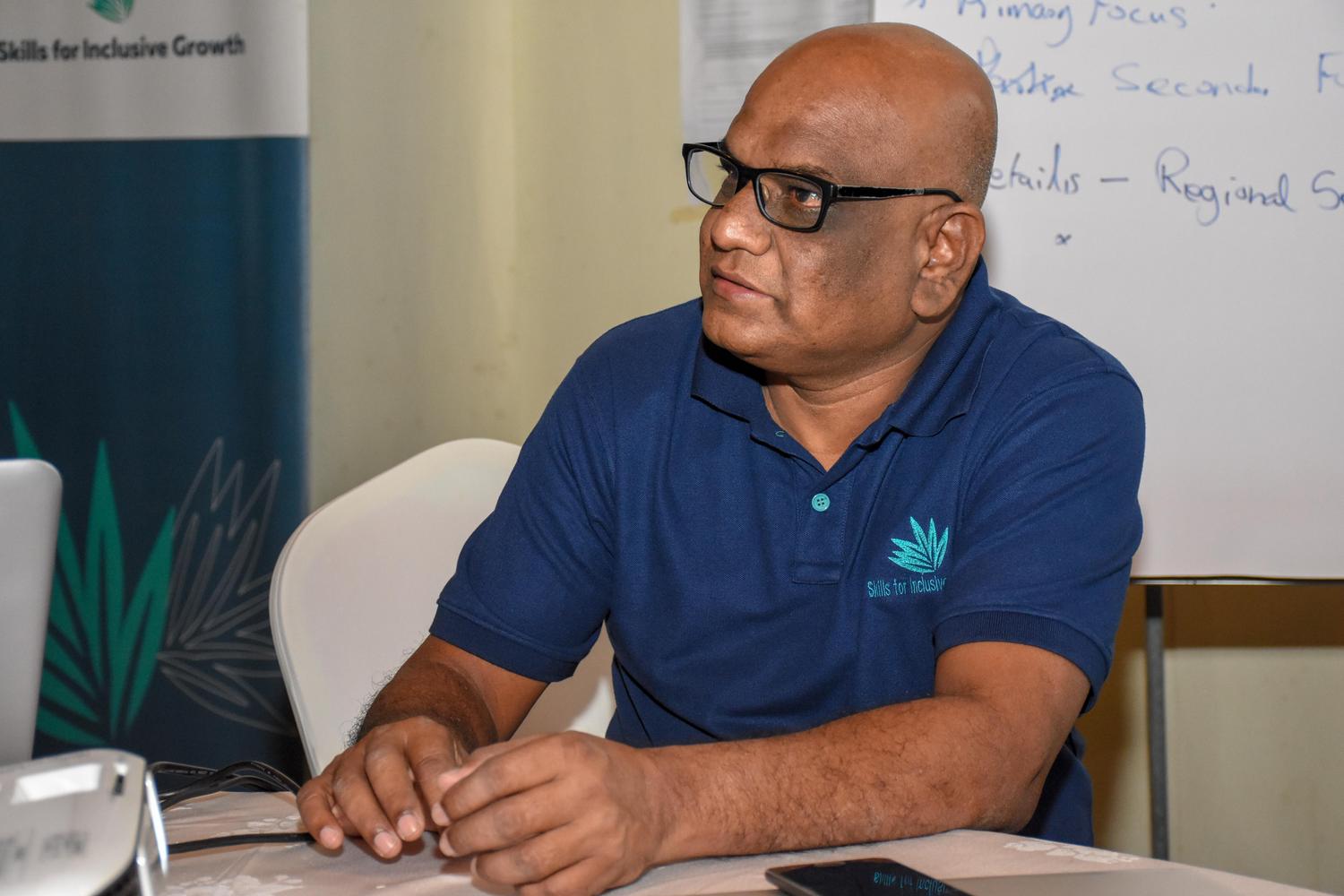 Shamali and her colleagues hope to get a license for the Club so that they can officially be recognised as surf coaches. This will give them legitimacy in the community and hopefully encourage more women to join them.

“The Club has become more than just a sports club for many of us. We all have busy lives, so it is nice that we can get together and spend some time in the water. It helps us de-stress and forget about all the responsibilities and commitments for just a little while. It has also given us an opportunity to earn an income and improve our lives. A decade ago, I would not have thought something like this would be possible. But it goes to show that we are capable of anything if we work hard and dare to dream.”